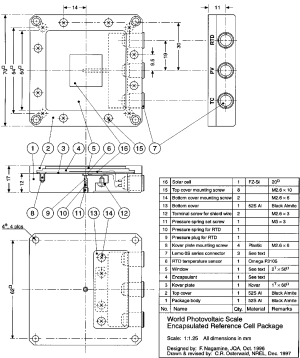 Summary of reference cell properties, importance, different types, what is their purpose and how are they used.

For calibration measurements of solar cells or PV modules the irradiance level can be determined with a reference device. IEC standard 60904-2 [1] defines these as follows:

“Reference solar devices are specially calibrated devices which are used to measure natural or simulated irradiance or to set simulator irradiance levels for measuring the performance of other solar devices having similar spectral response, optical characteristics, dimensions and electrical circuitry.”

The WPVS reference solar cells are 2x2 cm² solar cells made from mono-crystalline float zone silicon encapsulated in silicone, epoxy or EVA with a durable glass window. The solar cell is electrically connected to female LEMO connectors that are fixed on the side of the package housing using 4 wire technique. On the side of the housing there must be printed or engraved a unique and permanent ID. Usually a Pt100 thermal resistor is attached to the backside of the solar cell allowing a direct measurement of the solar cell temperature. The solar cell is electrically isolated but in good thermal contact to the metal housing in order to enable effective cooling of the solar cell via the backside of the package upon irradiation. The advantage of these reference solar cells are their robustness in handling (due to the housing), their long term stability (due to the encapsulation), their reproducibility (due to the standardized connectors) and the possibility of calibration with very low measurement uncertainty using primary calibration methods (see Module 1 – Lesson 1 “Introduction to PV module power measurements”). The disadvantage of the WPVS reference devices is that they generally are not perfectly identical to the devices under test (industrial type solar cells or modules), so that the accuracy of the calibration methods and proper correction for measurement deviations becomes very crucial.

The general requirements for a reference device according to IEC 60904-2 are stable photovoltaic characteristics and linear variation of the output signal with irradiance.

Suppliers of reference solar cells are:

…and probably many more.

The requirements of the WPVS reference solar cell are as aforementioned described by Osterwald et al. [3]

A good example for a reference solar cell is shown in Figure 1. In the centre there is a 2x2 cm² solar cell made from mono-crystalline float zone silicon encapsulated with a durable glass window. The solar cell is electrically connected to female LEMO connected to the bottom. On the left side of the housing there is the printed ID as well as the name of the manufacturer and are marking of the physical position of the cell within the housing. 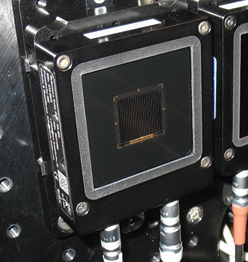 The coloured graphs in Figure 2 show the absolute differential spectral responsivity (DSR) of this reference solar cell. These curves have to be taken, if the reference device is used as a reference for a DSR facility measuring the DSR of a DUT. 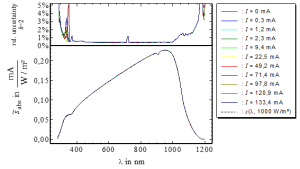 Figure 2: Differential spectral responsivity of the reference solar cell (coloured) as well as its spectral irradiance responsivity at STC (dashed). 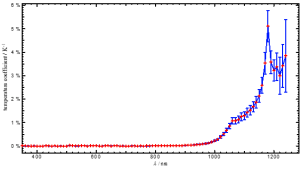 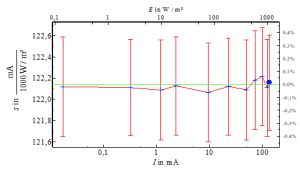 Figure 3: This graph shows the AM1.5g weighted DSR dependent on the bias current i.e. the bias irradiance level. This graph indicates that the non-linearity of the reference solar cell is less than 0.1%.